A Romp in the Swamp!

The children  were curious to know what a dinosaur felt like. We have found out that dinosaurs were reptiles. We were really lucky to have a visit from a milk snake and a tortoise. The children were very curious about the snake and interested in how it moves and feels. Most of the children touched the snake and noticed that it had a pattern  on it. They noticed that the top and bottom of the snake are different and that the body gets thinner as it gets to the tail.  Surprisingly the children found out that a snake is smooth and soft. The children were captivated by the tortoise and felt it’s shell and legs. They noticed that the shell was hard and smooth and the legs were bumpy and rough. They decided that they thought most dinosaurs would feel more like a tortoise. 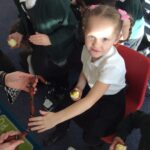 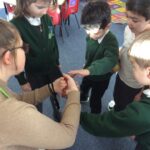 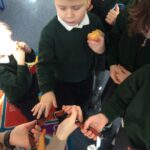 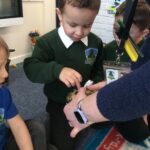 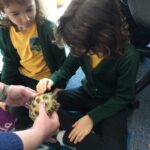 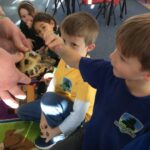