We have been studying our local history ‘South Oxhey’  and found out that the estate was built to house people from London who had been bombed. The London Council felt South Oxhey was a perfect spot to build houses, not only did it have a lot of land to build houses on but also a direct train link back into London.

Back in 1950, food was still being rationed due to the war and many houses did not have fridges or freezers . We cooked a meal using only the ingredients which wear available in this time: vegetables which were grown in England mainly on allotments, tinned corned beef and limited spices – only salt and pepper.

The onions caused many of our eyes to water and made the room smell. 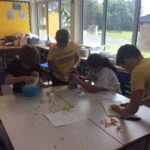 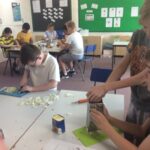 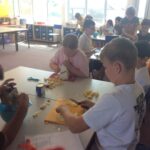 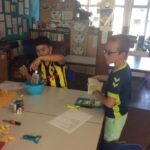 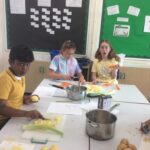 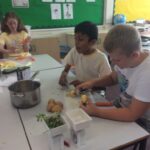